I am sitting on an Amtrak train, on my way to Raleigh, NC, as I write this.  I will be featuring at Goodnight’s Comedy Club for the next three nights, and all that stands in my way is 9 more hours on an Amtrak train.  The club is relatively close to Duke University, but Belle Knox and the Duke Lacrosse team have yet to respond to my Facebook invite to the show.  And as a Utah Jazz fan I plan on having lunch with Jabari Parker and selling him on the virtue of playing for the Utah Jazz, where, despite being very talented and Mormon he will still play second fiddle to Gordon Hayward in the hearts of Jazz fans (to quote Clayton Bigsby… “WHITE POWER!”).  But I am burying the lead right now.  Because for the 7 hours after I complete this blog I will be reviewing legal documents for a thing called (this may be an unfamiliar term to most mid-level comedians) money.  After a half a decade of living off of savings, comedy work and NYC subway break dancing I have gone back to using my law degree for money.  It’s like the exact opposite of Hustle and Flow with Terrence Howard – I am using legitimate money to help fund a career that makes me feel like a prostitute in the back of a Cadillac in Memphis.

There is a silver lining to this that I did not understand for a while.  Needing money is an incredibly stressful feeling (huge revelation here, I know).  I rank it somewhere between having a gun pointed at your face and getting a false positive on an HIV test.  It makes you more irritable,  more tense and more uncomfortable with just about everything.  During my first stint as an attorney I worked for the government, but lived at home to pay off my student loans, so it was like I was making double what I was making because I had such little overhead.  Then I went into private practice and was literally able to buy whatever I wanted/needed (I have fairly modest tastes) and was still saving money.   I never even thought about money for those years.

So once I was laid off in 2009, along with lots of lawyers and other people in that time frame, I had so much money saved and a fire in my belly to be a full time comedian that I made the decision not to pursue any more legal work.  So after changing my occupation on Facebook (though it is customary to call yourself a comedian on Facebook after your 8th open mic, I opted until it was my main source of income), I went about booking as many gigs as I could and auditioning at as many clubs as I could.  I started to get a decent amount of road work and from 2009 to 2012 I got more bookings each year than the year before.  In late 2011 I started doing some part time work just to provide some steady income, but the trajectory seemed to validate my choice to go full time: I was getting more work and more money each year from comedy.

And then in 2012, I had a steep decline in work.  Perhaps it was because I was no longer a fresh face or any number of other criteria, but I had at least 1/3 fewer gigs than the year before.  Coming off of a tough 2012 I made a commitment in 2013 to double down on comedy, to invest what I had into my comedy and to go balls out.  That started with blogs I had been writing, but went to the next level with many of the YouTube videos I made in 2013 up to the present.  They gained me more fans (and infamy) than even my performance on The Late Late Show had, but led to no increase in income.   So after feeling like I had doubled down on my comedy career at least 4 or 5 times I talked to a few lawyer friends of mine and decided to start doing document review work.

To put it in perspective readers of this blog can understand, going back to working a day job in the law is like living Breaking Bad in reverse. Sure comedy is killing me, but the autonomy and thrill of creating and being your own boss is powerful.  Going back to the day job world in earnest feels the same as watching Walter White if he had gone back to teaching high school chemistry in the finale. 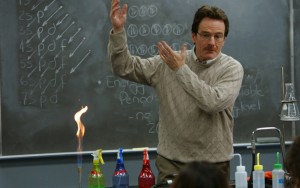 Now I understand this cannot be unique to me, as there are aspiring writers, actors, etc that do this kind of legal work.  But as I try to do a good job there is little time to write during the day (hence why the blog has dwindled to one a week and the movie reviews have ceased to exist) and little energy to go to mics at night.  That is because when I had an every day day job I was conditioned and had the energy (and desire) to hit mics at the end of the day.  Now, all I want to do is go home, eat dinner and sleep before waking up at 530 to go to the gym before work.

Now before you start thinking this is another depressing diatribe there is a big positive – money.  And not just for bill paying.  There is a satisfying feeling each week getting money. even if the work ranges from mildly interesting to mind numbing.  It is a weekly reminder that something you did had some value.  Working in comedy at my level feels like a lot of moral victories (and as I once said on stage a long time ago – you know what another word for a  moral victory is? A loss) and a lot of doing comedy “for the love of” comedy.  At least in the regular business world, your boss speaks with money. When you get paid that is your thank you. In comedy, it is the same way – if a club pays you, they consider you worth something. If they don’t pay you – they don’t.  But because comedy clubs traffic in the hopes and dreams of a lot of its talent, there is a grey area where the talent feels good about what they are doing so not getting paid is not as hurtful.  If I did 50 hours of legal work in a week and only got a Facebook like for it I would go postal.  But because getting laughs at a show is a good consolation prize  for unpaid work (or having your videos or blogs shared on popular sites) a lot of hostility is avoided.

The point of all this is for comedians with some heat or an itch to give it all you’ve got to your comedy career: don’t. Not yet anyway.  There is only one time you should leave your day job (because comedians often overlook or become numb to the benefits of a day job – forced socialization, a routine outside of your own head, steady income and therefor steady reinforcement that you have contributed something tangible to the world) – when you have to.  When opportunities are coming in that cannot be missed  and that a job is actually in the way of, then you should quit.  I would not even put a dollar amount on savings you should have. I had an amount that I was certain would carry me until I “made it.”  And it did not.  But the other key thing to not leaving a regular job is that your are conditioning yourself well.  If you can keep a day job, write on your lunch hour and hit at least one mic a night then you are doing something more difficult than full time comedy.   Because as I am learning, it is tougher to adjust your comedy career when you need to go back to a day job after a long hiatus (especially when the relief of making solid money feels equal to or better than the relief of getting to perform on stage after a long day of work).  I am not unique to this I am sure, but had I just kept myself in the legal world for the last five years I am sure not much would have changed in my comedy career.  I would have had fewer road gigs (which are great for the ego, but not particularly useful in advancing your comedy career in a macro way in today’s comedy world), but nothing else would have changed for the worse.  On the plus side, money would not have been an issue which would have a positive effect.  I have always had a competitive streak in me, so I don’t want to act like seeing some people succeed in comedy with questionable talent would not irk me, but when you are also trying to sustain yourself off of comedy money, slights start to feel personal and not just professional (even if that is just subjective).  As an example – look at what happened to Ice Cube once he became rich – he talked about hating cops and killing people and two decades later he is making family movies and being a buffoon in beer commercials.  Now imagine the opposite and you have my comedy career. 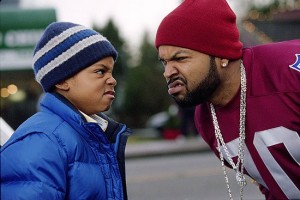 My apologies if this was long winded, but if I am going to give advice to new or up and coming comedians, ignore the people you see on Facebook having huge success. Congratulate them, even admire them, but do not model yourself on them. They are lottery ticket winners on some level, either talent, hard work, look, connections, etc.  Maybe it’s just one, but probably a combination of several factors that got them where they are and chances are you do not have the combination that they have.   The longer you can put off making a career of comedy, the better off you will be.  Keep it as your creative and emotional outlet.  Work and hope that you get to a place where comedy clubs want or need you. Because when you are at a point where you need the comedy work you very well might be on the wrong path.  I do not know if this sounds overly cautious to people, but comedy is a perfect microcosm for the American economy (maybe I will just write this into book or script form). There are lots of opportunities for low income workers (bar shows, local emcees, guest spots) and lots of wealth for the elite (national headliners) – but the people in the middle are working harder for less.  If you want to roll the dice and try to be one of the elites, be my guest. but the smart move, even for the talented people out there who have not “made it,” is to try to be as comfortable in the middle as you can be, lest you become one of the people on the bottom.

Of course, for me, the idea that I will not need comedy for money  may just be more freeing to me artistically (if that is possible at this point).  A year ago I decided that the comedy business was not giving me what I felt I deserved and I had my best year on several metrics (web traffic, YouTube hits, podcast downloads and yes… comedy income). So if being annoyed in 2013 gave me a good year, perhaps not giving a sh*t at all will yield a great year in 2014.  Either way my bills will be paid.  Time to review these documents.

For more opinions, comedy and bridge burning check out the Righteous Prick Podcast on Podomatic, iTunes and NOW on STITCHER. New Every Tuesday so subscribe on one or more platforms today – all for free!