Yesterday at the end of The Daily Show taping, Jon Stewart, host of the popular and critically acclaimed “fake news” show for 17 years, announced that he will be leaving the show sometime in 2015 (I think –  his announcement was not really that clear or definitive).  But as soon as he announced that he was leaving (perhaps back-to-back losses at the Emmys to Stephen Colbert had finally taken its toll) the Internet was abuzz with who should replace him with irritating ferocity.  Having correctly predicted who would take over for David Letterman I think it is only right to the Internet and my dozen readers that I offer my one of a kind, in depth analysis of who might and who will take over for Stewart.  It is important to keep a few things in mind.  First, Jon Stewart was an accomplished stand up comedian with a lot of TV hosting experience in his youth (an MTV show, a guest host for Tom Snyder after Letterman and he was even the guest host threatening to take over for Larry Sanders on HBO’s terrific The Larry Sanders Show).  Second, the Internet is going to want a woman and/or person of color and will be prepared to set fire to the world if it is another white man.  Third, not withstanding the aforementioned desire of the blogosphere, America has a demonstrable preference to receive their comedy and news, either separately or together, from men.  So with those factors now in the open, it is time for my list:

Bruce Jenner (Name TBD) – What says change and new era of late night than choosing someone who is literally transitioning from a white man to a woman?  He has great name recognition, is used to celebrities and the spotlight and can speak intelligently on sports, entertainment and transgender issues.  It is a long shot, but Jenner’s selection could bring together traditionalists like myself and the far left progressives. 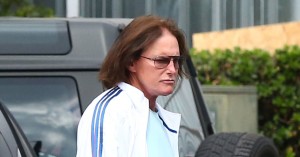 Chris Hardwick – I have sometimes criticized Hardwick’s ubiquitous presence on networks I watch, but my mind was really changed after seeing him on Bill Maher. The guy is sharp and quick though he can sometimes look super tired, a side effect from having almost as many shows as Ryan  Seacrest.  He has experience hosting, is already part of the network and is someone who has mastered social media and has good numbers with key demographics.  An added bonus is that he could then host a show each night at 12:30 recapping his two shows from 11pm and midnight.

Craig Kilborn – The greatest Sports Center anchor of all time and the original father of The Daily Show.  Isn’t it time that the industry gave him another chance?  What’s that?  The show sucked under him?  Well I did go to a taping of it when I was a young buck so it couldn’t have been that bad.

Amy Poehler – The Internet’s favorite choice of the last 16 hours.  Poehler is pleasant and funny enough to do the show, assuming she has a host of male writers behind the scenes.  However, will she be allowed to co-host with Tina Fey every show?  And if your instinctive response to that last question was to say “That would be EVERYTHING” please swallow a shotgun. Ii really hate that phrase. 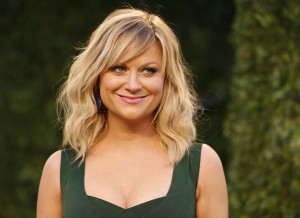 Justin Timberlake – Sure we have no indication that he can do anything but sing on songs dominated by more talented producers, act poorly and play board games with Jimmy Fallon, but if Fallon is willing to separate from his brother from another mother the name recognition would be huge ratings, at least for a few weeks.  I am sure a vote of confidence from Fallon would at least help JT get his name in the conversation.

Rick Sanchez – You may be asking… who???   Well Rick Sanchez was the exuberant and largely terrible afternoon news anchor on CNN often mocked by Stewart.  Well, what better revenge than to host Stewart’s show.  Sanchez is Cuban, satisfying the no-more-white males-on-Late Night bloggers and he also has experience as a TV host.  But most importantly he is a visionary, obsessed with Twitter and social media interaction for his show far before other people were.  And he knows the news and is not afraid to share opinions about it… even when supposed to be an objective news anchor. 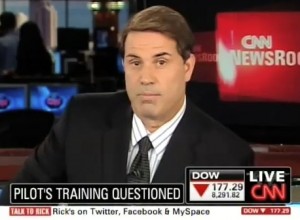 Ryan Seacrest – What’s one more show for this robot?

Neil DeGrasse Tyson – He now has a late night show starting on the Nat Geo channel, but perhaps he could handle a show with more than 480 potential fans.  I sort of want him to be picked because it is time he learned that he is only funny for an astrophysicist.  An embarrassing short run on The Daily Show might raise the platform for science (a good thing) and also humble all the people who call him “cool” when he is a failure at a funny show.  Then his fans will be forced to call him “cool… for an astrophysicist” which is how he should be known. 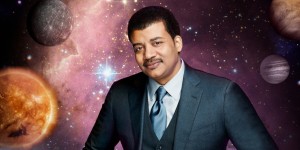 Beyonce – Is there anything she cannot do?  Well let’s find out!  She is stunning, talented and a black woman.  Even if she is not funny that is irrelevant when she hits all key categories for the no-more-white-males-on-Late Night. If she is funny then it is a bonus.  But most importantly, she is the only selection that will not receive an angry visit from Kanye West. 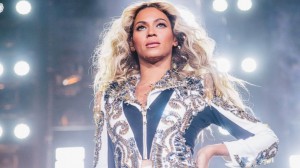 Al Madrigal – A Daily Show correspondent, an experienced comedian and Latino.  However, with Larry Wilmore on at 11:30 is Comedy Central willing to deliver all of 11pm-midnight to “people of color”?!  Being not well known enough may be a weakness, but it may also play as a strength, allowing him to make the show his own.  And his lack of a vagina would satisfy traditionalists like me.  (Repeat this for Wyatt Cenac except replace “Latino” with “black”)

Jason Jones – He has not been nearly as big a presence on the show as in past years (though admittedly I do not watch nearly as often as I used to) but I have always found him to be the funniest correspondent by far since Ed Helms/Colbert/Carrel era.  He also looks like a more goy-ish Jon Stewart which could retain the current audience, but also potentially bring in Anti-Semites who were hesitant to support Jon Stewart on the basis of his Judaism (while oddly still being politically left – admittedly this Venn Diagram cross section demographic is probably very small).  I think if the job does not go to a big name then it will be Jones. 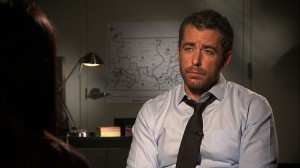 P.S. I am also available for the job.