I generally save this blog for stories of comedy struggles, comedy complaints and the occasional defense of President Obama or Lebron James.  But, as a huge fan of movies and sports, I cannot help but see the amazing potential for inspirational sports movies out of this coming Sunday’s Super Bowl XLIX (that is 49 in letters apparently).  If just one of the teams in the Super Bowl had made the game it would be enough to inspire a Disney movie 20 years from now, but both the Seattle Seahawks AND the New England Patriots provide blueprints for at least  half a dozen new sports movies.  So here are a few I thought some screenwriters should get working on ASAP:

The Man Behind The Sweatshirt – Bill Bellichek is one of the greatest coaches in NFL History. And he has a secret that could ruin his career.  He has a thing for extremely handsome quarterbacks (this was inspired by a bit on Adam Carolla’s show last week).  Everyone knows Tom Brady.  But how about his back up quarterback Jimmy Garappolo?  Matt Damon and a beefed up Zac Efron to co-star? But imagine the Oscar worthy performance of coaching brilliance and unrequited love that someone like Brendan Gleeson could turn in as Bill Bellichek.

Alien and Predator – This movie would focus on the Christian robot of quarterback humility and cliches Russell Wilson and his relationship with Richard Sherman, Stanford grad and wearer of hairstyle from 1987’s Predator.  Tag line for the movie: “One plays offense… the other is offensive. But together they might just win it all!” 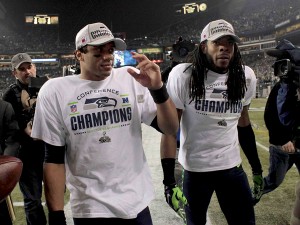 The Rejects – This movie would be a traditional sports movie, focusing on all of the Seattle Seahawks, many of whom were low round draft picks and the goofy white savior coach who believed in them (and basically let them do whatever they want), Pete Carroll. 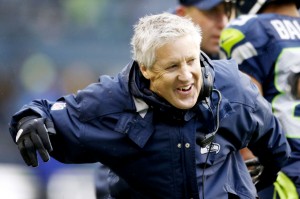 The Unnatural – This would be a movie focused on 5th Round pick Kam Chancellor who thanks to supplements would become a safety the size of a linebacker leading the terrific secondary.  This movie would almost follow a Stand and Deliver (inspiration, but not a sports movie) where about 2/3 of the way through the movie he would fail a drug test… but then eat the drug tester so he could continue playing. 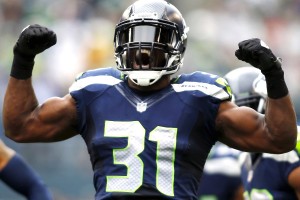 Crotch and Gronk – In the spirit of movies like Radio, not only do crowds like inspirational movies about special needs people, but so do the Oscars.  And in this Super Bowl we have not one, but two people with prodigious talent and prodigious special neediness. Marshawn Lynch can run through a brick wall, but enjoys touching himself in public and has difficulty speaking to reporters.  Rob Gronkowski, statistically the greatest tight end in NFL History is possibly the dumbest happy go-lucky man in the NFL. Just imagine the comedic possibilities when his coach asked how many concussions he had after failing the concussion protocol and Gronk answers “None. I am just not very good at tests.” 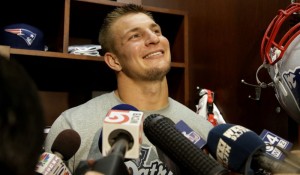 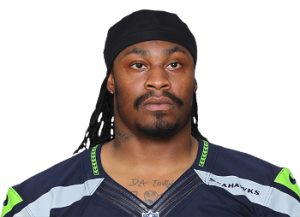 The Anti Sports Movie – Yes this would be the hipster, alt title to the movie and it would focus on the New England Patriots (based on a brilliant comedic bit by a comedian named J-L Cauvin).  Sports movies always provide us certain templates – e.g. white guy saves a bunch of black guys who work hard and don’t have a chance because of racism and/or lack of resources.  But how about a movie about an angry white coach who makes heroes out of small white guys in a league full of formerly poor black guys?  And they are led by the least likely (and least likable) sports movie hero of all time – a pretty man named Tom who wears Uggs, hair plugs and is married to a super model.   Possible break out comedy hit of 2020. 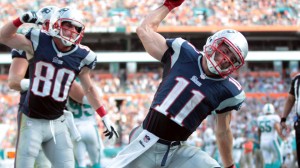