In a movie sure to get a lot of buzz following the New England Patriots’ stirring Super Bowl victory over the Seattle Seahawks, Mark Wahlberg has announced he will star, write, produce and direct Tiny White Power, a tribute film to the New England Patriots’ modern legacy of undersized, but highly skilled white wide receivers.  Early rumors say Wahlberg will play Wes Welker, Channing Tatum will play Julian Edelman and Tom Hardy  will play Danny Amendola.  The movie figures to be an inspirational tale of how muscular, relatively good looking white guys can still have hope in America, even with a black president and an NFL dominated by black men.  Wahlberg, who is a Boston native and a huge Patriots fan, is excited to bring to the screen a movie that will allow him to hit the gym and take off his shirt in several montages.

“I have done sports movies before, but this one is going to be special,” said the former model and rapper  “Tiny White Power will speak to all white men, who are a little on the short side, that with hard work you can compete in America despite all the obstacles in your way by a society that clearly favors black men,” gushed the man who violently attacked black and Asian men on the streets of Boston in his youth. 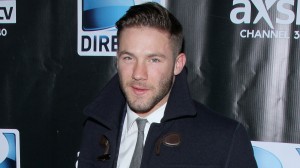 One of the Super Bowl heroes Julian Edelman. Channing Tatum is rumored for the part.

The film is not endorsed by the NFL or the Patriots’ organization, but superstar tight end Rob Gronkowski gave his unofficial approval for the film when he said “I like popcorn and getting head in movie theaters,” when asked if he thought he movie would do the Patriots’wide receivers justice.

When asked why this story meant so much to him Wahlberg said, “My wife really got obsessed with that movie Magic Mike and all the buff white dudes dancing. Well TWP will be like Magic Mike but for straight dudes, instead of for chicks and fag*ots.”