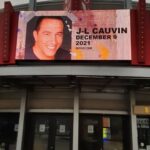 This week I was in Pittsburgh for a headlining gig at the Pittsburgh Improv. When I got the gig a couple of months ago I was thrilled to get a Thursday night (as opposed to a Monday 1pm show, which seems to be closer to my reality with many clubs), which is traditionally a good night to work a club (if you cannot get a Friday or Saturday).  But as soon as I got the booking my J-L Jinx Spidey Sense kicked in and I thought “I bet the Steelers have a game that night.”  Do I even have to tell you that my assumption was correct?  So in a nod to self-preservation and local culture I made my show a 7pm show instead of 8pm, hoping that if the show ended by game time some people who were inclined to both support a twice-accused-of-rape quarterback and an Internet savior to millions in 2020 could have the best of both worlds.  However, Pittsburgh chose decidedly in one direction (spoiler – not me).  So let’s do an epic recap of my Pittsburgh trip – my first time back since 2009, when a white guy called a Black player on the Cleveland Browns a ni**er.  Good to be back!

I departed for my gig on Wednesday because I was taking Amtrak. Since I have a busy day job that I refuse to leave as long as comedy continues to be the dumbest business on the planet, I decided to work on the train Wednesday. Hotels were cheap so two nights were doable and I could be available Thursday morning for press if any were available (LOL – I would think a stand up comedian with a decently large following who can do lots of impressions would be a slam dunk for local radio, but apparently Jack Off and the Cum Dump on FM 101.69 could not be bothered).  So I busted out the WiFi hotspot in the café car on the 9 hour train ride to Pittsburgh and got to doing legal work while eating my sandwich.  And then 10 minutes in the café lady said I had to leave because the car closed in Philly when the train switched engines from the 20th century electric on the east coast to the coal powered 19th century train system the interior of the country runs on.

So while muttering expletives (you saw me bust out both the computer and the sandwich at noon, but did not think to warn me that the car would close? One of the great things on some Amtraks is when the café is not selling food it becomes impossible to continue sitting at the tables near the café.  Because as you know, tables do not work if food is not available) I went back to the business car, which was only about 15% full for most of the trip, which was lovely.  I decided to watch a movie I downloaded from HBO Max on my new tablet called Never Rarely Sometimes Always.  It is about a Pennsylvania teenager who goes to NYC with her cousin to get an abortion.  I figured, “when in Rome!” It was dark, powerful, excellent and a perfect way to get me in the right frame of mind for one of my comedy shows.  Because my career often feels like a burden I am carrying to term even though the humane thing would be to end it.

I eventually returned to the café car for several hours of work until we entered the part of Pennsylvania where the telephone signals no longer exist.  At that point I began reading Gommorah, a book I have had for years but was never motivated to read until friends started hyping up the show.  That way, after I read it I can watch the show and be morally superior to my friends because “I actually also read the book.”  But back to the dead zone of communication known as central and western Pennsylvania.  To be fair, I think the world would be better off if these Trump loving, mask burning, gun toting turds had no cell service or Internet, but in 2021 it is pretty startling that you can travel for 100 miles in a US state and not have a signal.  That reminds me of a joke I just wrote – “How many central Pennsylvanians does it take to put up a cell tower?  10 – One to climb the ladder and 9 to call him a communist fa**ot for wearing a safety harness.”

I arrived in Pittsburgh at 8pm, got in a cab and headed to my Hampton Inn near the club.  I walked in wearing a mask but noticed no one else was. Not staff. Not patrons.  Freedom!  I went to my room, dumped my stuff down and made my way to get some PF Chang’s.  When I walked in not one staff member was wearing a mask, but the restaurant was almost entirely empty except for a meeting of the 3 Percenters at the PF Chang’s bar and a few families.  I sat down and almost on cue, my brother, Pro Publica’s Henri Cauvin, sent me an article from the Philadelphia Inquirer that stated that Pennsylvania was leading the nation in daily Covid hospitalizations (and that was with Philadelphia doing things like being run by Democrats and not being stupid with vaccines and masks).  That meant central and western PA were doing the lion’s share of owning the libs and the ventilators.  And as I kept noticing, no one wearing masks over the next few days I kept thinking “1/3 of you are obese, 1/3 of you are ugly and 1/3 of you are obese and ugly – all of you have plausible reasons to be masked up!”

The next day I woke up at 645am, my version of sleeping in. I went downstairs for breakfast, mapped out my set for that night and then went for a 4 mile walk around the malls near my hotel.  I then sat down for an 8 hour workday at my computer in my hotel room.  When that was done I went to Burgatory, a brilliantly named hamburger restaurant near my hotel. When I walked in I was wearing a mask so the host brought me to the quasi-outdoor area filled with nice torches that made me feel like I would watch a virgin get sacrificed while I ate my meal.  I sat there by myself until some other lib cucks were seated in my area.  I ordered a burger and fries and my God – it was great!  I felt like it was an omen for the show. (spoiler – it wasn’t).  I then saw they had a chocolate chip cookie sundae dessert. I made a note that if my set were really great or really awful I would come there after for the dessert.  I then left and went to the club.

When I entered the club I noticed a crowd that, in terms of size, resembled the audience of an art house foreign film in its 7th week in the theater.  Ok, maybe not that bad, but when every show you do starts to feel like watching the dying breaths of Christ on the Cross you tend to see things as worse than they are.  More people filled in and it ended up being a mildly respectable crowd for a comedian that people seem to prefer watching in two minute increments on their phones, who was also performing while the Steelers were warming up for Thursday Night Football.

The energy of the crowd for the emcee and feature was not quite blackout, but definitely at least a brownout.  My set went fairly well (a strong ad libbed clip of me describing the battle for Pittsburgh’s soul that night is on my Instagram) and I met several kind and effusive fans after.  Now in a weird bookend to the night the emcee had to leave for something else after her set so I literally walked my own emcee and then two die hard fans of Making Podcasts Great Again asked if I wanted to get a drink after. I said that I would hang out but had to get my money from the office.  I ended up talking to the assistant manager for about 15 minutes (turns out I broke my streak of only making the minimum amount of money per the contract) and when I went outside it appeared I had been ghosted by my own fans!

Feeling abandoned I made my way back to Burgatory for that sundae only to find out that they closed at 9pm.  Perhaps there was an angel looking out for me and my waistline or perhaps I was in a Greek Mythology Hell where you are never able to both do comedy and eat delicious chocolate chip cookie sundaes.

I woke up early the next morning to eat breakfast at 6am so I would be in no danger of missing my 730am train home.  I got a Lyft from a guy who informed me that he had a lot of darkness inside of him, which either meant he liked Black guys or was troubled.  To be fair he was discussing how he writes poetry, which at this point I am considering as a more lucrative career than stand up comedy.  I got on the train and watched Moonstruck, another HBO Max movie expiring this month. Other than Olympia Dukakis I thought the movie sort of stunk.  I then went to the café car to continue my legal work.  Hard to pick out what the highlight of the week was: working on a train, working in a hotel, seeing my dream die another day, or working on the train, but it was all a wonderful and fulfilling experience.

The bittersweet thing about some of these underperforming road gigs is that the people who are fans enough to see me live are as bewildered as I am that my crowds are not packed.  After all, I am hilarious, diverse in my skills, and more famous than the average comedian (though to be fair the median comedian is a progressive incel with an annual salary of 17 drink tickets).  I think the answer is that my comedy was viewed as a distraction for most people, not as a mere sample of a robust catalogue of humorous work, which it was and is.  Throw in Twitter’s algorithms treating me like an unclaimed Trump son he had with Omarosa and voila! –  you have a recipe for failure gumbo!  That is why it is always weird when I see comments on social media like “he got me through the pandemic” as if my existence died once you got vaccinated.  Covid is still here and so is Cauvin!

I made it home around 530pm and – you guessed it! – went back to work until about 11pm on legal work.  If there is one lesson I have learned from doing comedy, making a lot of money at it, becoming quasi famous, recording a killer new special and appearing twice this weekend in the preview for the upcoming season of a major cable drama it is this: apparently I should not quit my day job.

Thank you to everyone who came out to see me in Pittsburgh. The irony of constantly disappointing myself is that it really does make me appreciate the people who pay money to see me and to become fans beyond when you need a worktime distraction or a giggle on a group text.  The flip side to the bitter spirit that engulfs a lot of what I do is a deep and genuine gratitude for those of you who do care and have comedy pallets beyond mere distraction.

See you in Washington DC next week folks!  DC Improv Dec 16-19.  I am crushing it – come see for yourselves!