Obviously you should have already listened to this week’s Righteous Prick Podcast thoroughly and hilariously making Emmy predictions, but if you have not now is the time to do it because the Emmy nominations are out and there are some successes (where they agreed with me) and some abject failures (where they disagreed).

The usual suspects were nominated in drama, but good on AMC and the Emmys for getting Better Call Saul several significant nominations, including drama, actor and supporting actor.

In comedy, Unbreakable Kimmy Schmidt takes its rightful place among the nominees and Girls is nowhere to be found.

In best TV movie, I was beyond pleasantly surprised to see Hello Ladies: The Movie, get nominated, as it gave a beautiful and hilarious 90 minute finale to the most underrated and under-appreciated show of the previous nominating cycle. 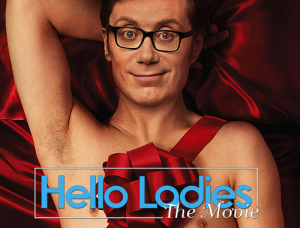 Wil Forte for best actor in a comedy in The Last Man on Earth (see my blog praising Wil Forte HERE). The show was overlooked unjustly, but not its star

Netflix – shame on you. You almost certainly played politics (pun intended) and the Emmy voters fell for it. Both House of Cards and Orange is the New Black got best drama nominations after bad seasons.  Meanwhile, Daredevil, which ranks up there with Guardians of the Galaxy and The Dark Knight as the most inventive and surprisingly excellent comic book adaptations of my life is completely ignored (and I am not a comic book nerd type who thinks everything that is remotely enjoyable from a comic book deserves to be in the Library of Congress). Netflix clearly sold out Daredevil and is content to use it like a hot slutty escort that turns heads at a club, while taking House of Cards and OITNB to classy wife functions with dignitaries.

Louie and Transparent – Granted I am biased because Louis CK killed a character that may have been more than loosely based on me, but neither of these shows has been particularly funny.  I think some Emmy voters just recycle their ballots from year to year.  I quit Louie a season ago, so I must admit ignorance, but it never struck me as very funny.  And Transparent is absolutely not funny (here is a post I wrote about “the rise of unfunny comedies” that got some traffic).  I cannot remember a show or movie winning such undeserved praise solely for the political and social climate but get ready for the least funny nominee by a wide margin to somehow walk away with best comedy, so Hollywood can pat itself on the back (I am left of center on most things, but with awards I am all about merit).

Key from Key & Peele for best supporting actor in a comedy?  How can your name be the show and then you sneak in with a “supporting” actor nod?  At least Peele didn’t get nominated (my east favorite of the two) – that should be awkward at the next writers’ meeting.

Based on nominees (and the seasons eligible) here is who I would pick:

Comedy – Kimmy Schmidt (Transparent will win, proving the best way to defeat a 5 time champ – Modern Family – is to have a comedy with no laughs – BOLD!)