Coco and Her White Co-Sign

The day after Thanksgiving I took my nephew to see Coco, the new Pixar masterpiece about the Day of the Dead in Mexico. It follows one boy’s quest to find his great, great-grandfather’s spirit and also his love of music, which has been forbidden by his family due to a long simmering resentment towards musical artists.  It is basically Pixar doing a brilliant mash-up of Ghost and Footloose.  My review would be an A or 4 out of 4 stars.  The animation was outstanding, the story was incredibly original (nice to see that Disney actually allows Pixar to do Pixar things once in a while since buying them, instead of another half-baked franchising attempt) and it provided accessible exposition on some of the Mexican culture that was the backbone of the story for an outsider like me.  I cannot vouch for how authentic it was culturally, but after reading articles by the filmmakers who went to great lengths to be accurate, and from the applause after the film ended from the majority Latin sold out crowd, I am guessing they did their homework and executed it well. In fact, Coco is now in my Pixar Mt Rushmore (which also consists of Toy Story (for those pleading for Toy Story 3 to be included, let’s just say the TS saga has a spot – it is the only story and franchise to date that Pixar has flawlessly executed, though with Disney shamelessly pushing Toy Story 4 out in a year it shows that they feel the need to cash in and potentially diminish a beautiful ending to the trilogy that would make Six Feet Under‘s finale writers proud), Finding Nemo and Wall-E).

So other than getting over my disappointment that Coco was not a 2 hour film about Ice-T’s wife (the name is for the main character’s great-grandmother), it seems like it was a pretty flawless cinematic experience – so what could J-L have to complain about? 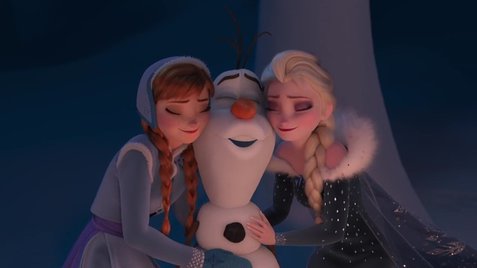 Disney making sure that white people have 20 minutes of safe space before watching the Mexican-themed cartoon!

Before every Pixar movie that I can remember (and I have seen all but two in the theater – Cars 3 and A Bug’s Life being the exceptions) there has been an animated short.  Usually about 5 minutes, and sometimes getting nominated for the Oscar for Best Animated Short, these mini-movies are often testing grounds for up and coming directors for Pixar to showcase or audition their talents in front of receptive audiences.  Well, before Coco, there was a 20 minute (at least), 3 song, mini-movie involving the character from Frozen.  For those of you that don’t know Frozen is arguably the most overrated phenomenon that Disney has ever produced.  It was a throwback the The Little Mermaid-The Lion King era of Disney musical movies, but a shallow and weak descendant.  Despite a great song from the wickedly talented Adele Dazeem, most of Frozen left me confused as to why it was such a phenomenon. Maybe cartoons and comic book movies had become so male, and even worse – adult-centered, that it offered a clear girl-focused story, even if weak by comparison to something like The Little Mermaid  or Beauty and the Beast.  So that may explain the success of Frozen, which is fine.

However, it does not explain why Coco required a 20 minute opening act involving Frozen, whose characters are so white, the Snowman almost passes as their black friend.  I only mention race, not because I have a problem with Frozen, which takes place in Scandinavia I think, having a white cast. But I don’t think there is anyway to read it other than an animated white co-sign for the first Mexican-centered Pixar film.  They broke every pattern of previous Pixar movies to do so, so the question is not if they did something wildly different for Coco, but why. 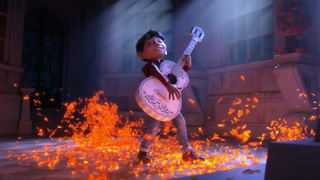 Don’t worry white people – this is a story about a Mexican IN Mexico!

Obviously we live in polarizing times. The “President” is a racist and a white supremacist (I am still waiting for him to call out Jimmy Kimmel and Eminem the way he called out NFL players, Steph Curry, LaVar Ball and the mayor of San Juan, PR) and he began his campaign targeting Mexicans.  And there are still many people who support him in this country and I am guessing some of them enjoy Pixar films.  But Pixar, even with Disney’s money grubbing abuse, still has a track record of excellence that I think exceeds even that of Stephen Spielberg.  Their films are original, creative and work so well on child and adult levels.  They are all hits, almost universally critically acclaimed (ahem – Cars 2 and 3 please leave the room).  Basically if Pixar makes a movie all they should have to say is, “Hi, we are Pixar. Enjoy.”  But for some reason, in the 22 years since Toy Story graced movie theaters, the formula needed to be changed for Coco.  And it was even featured on the posters as if to say, “Hey I know this *whispered* Mexican *end whisper* story may not be the normal Pixar you are used to, but if you give it a chance, you also get a bonus Frozen movie that is so white it will make these Mexicans at least feel like light-skinned, GOP voting Cubans. So come see Ivanka Trump and Taylor Swift sing in the snow!” 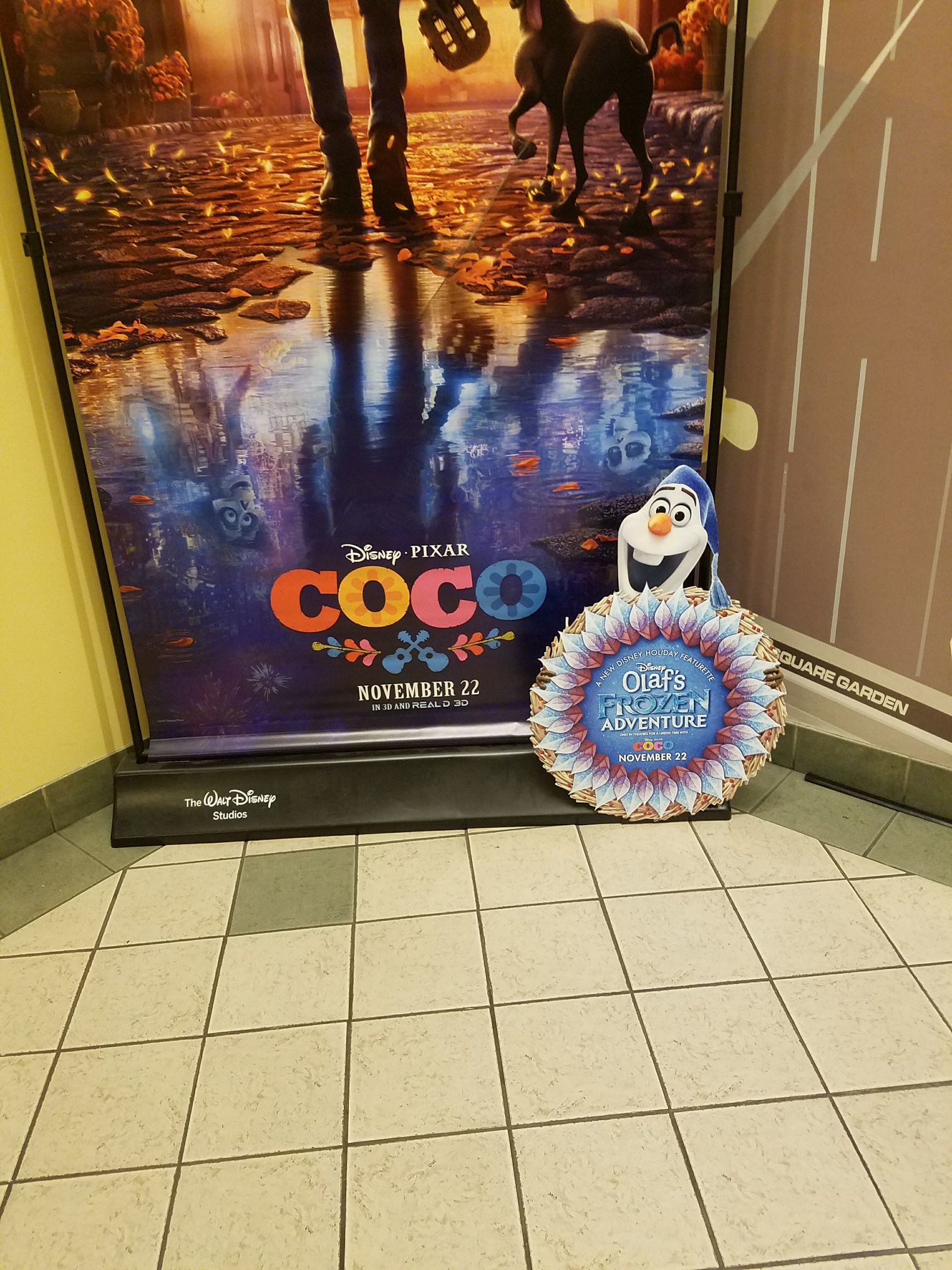 Please give Coco a chance! We don’t usually beg at Pixar because we are amazing, but you get bonus white people if you come!

There is a benevolent interpretation to this move of course. Disney may recognize the political climate of our country and moviegoers’ tendency to ignore stories involving minorities unless they are comic book heroes or played by Denzel Washington or Will Smith. So maybe, taking a practical approach they said “This movie is great. We need to do whatever it takes to get folks to see it, even if it is pandering.” I appreciate that and in some ways think that that is good.  But what does it say about this country that either the biggest entertainment studio in America is too insecure or cowardly to let their track record and a new great film speak for themselves or the company recognizes that even in movie going, white people may not support a story that isn’t white no matter who is making it.  Because I am pretty sure many of those Latino people in the theater saw Toy Story, The Incredibles and many other Pixar movies with characters that didn’t look like them.

I hope Coco is a big success as it deserves to be, but the interminable Frozen movie before it was bad. On many levels.

3 Responses to Coco and Her White Co-Sign