I am currently in Cleveland in week one of my two week “My schedule does not constitute a tour, so unlike other comedians I will not refer to my slate of gigs as a tour” Tour and already it is shaping up to be a tremendous trip.  Like any of my comedy adventures it starts with mediocre travel arrangements.  In an effort to constantly win the battle of life vs. crushing economics of feature work I took a 530 am Amtrak to BWI (using points) and flew from BWI to Cleveland (saved me almost half the airfare, but none of my dignity).  The flight started annoyingly because during the emergency exit symposium with the flight attendant (I got the exit row because I had A 21 as my Southwest ticket, which allowed me to enter the plane early – if you don’t understand the Southwest seating system I won’t explain it; I will just congratulate you on having the money to fly real airlines) a guy sitting on the other side of the aisle asked if the door was one that pulled in or pushed out.  Really Captain America?  Because you have so much experience saving lives on commercial airplanes you just want to make sure you use the proper technique during our plane crash?  What a douche.

So, being tired from my early wake up I started to doze off during the short flight to Cleveland.  Now one of the things I do before any flight is scan the NY Times weather map.  And on the Amtrak to BWI I noticed nothing but lightening bolts (not a good symbol in case you were wondering) from Chicago to NYC.  So I momentarily forgot that we were heading into the beginning of a potentially horrific storm (which apparently hit NYC last night) and dozed off, something I almost never do on airplanes.  Well, I was jolted to consciousness about 20 minutes outside of Cleveland by the worst jolt of turbulence I have ever encountered. The first jolt woke me up and then the plan turned to the side (if 90 degrees would be us on our side we definitely wobbled at least 30 degrees)  The bumps and turns only last about 15 seconds and I realized I sort of prefer that to the 30 minutes of nothing but chop.  Then I discovered something that I am sure most psych students know – fear is the best warm up for jokes.  Because the humorous comments I made for the next 5 minutes after the turbulence had my terrified row mate laughing hard.  And then I had an epiphany:

Instead of alcohol, comedy clubs should scare the shit out of customers before the show.  Think of how much we laugh nervously after leaving a haunted house or getting a jolt from a scary moment in a horror movie.  Why not apply this to comedy clubs?  (This feels like an idea for Nathan For You).  You just get big scary dudes (black a bonus at most American comedy clubs) to threaten patrons in the lobby of the club, and blocking the entrance so the show room is the only escape. Or a guy with fake dynamite to his chest runs into the club screaming “Allahu Akbar!”  Or a barrage of killer clowns.  Or maybe girls walking up to couples on dates claiming to be secretly having sex with the men in the couples – basically just an assortment of things to create nervousness and fear and then they walk into the club and laugh harder than they ever have.  Sure you will have to pay lots of actors/comedians for their work inciting fear, but you save on your liquor license and insurance.  Added bonus this might provide me another alley into working comedy clubs.  “J-L we are all booked up for stage time, but there is a bachelorette party coming in that we would like you to strike fear into.  CONFIRMED!”

Well I arrived in Cleveland around noon I took the city’s “we are really trying hard” 2 car subway from the airport to the city center.  Getting to the comedy condo I saw that the club has continued to improve the condo (I have been coming to the club since 2010 and the condo has improved every year – but do not worry, even back in 2010 it was 10 times better than the Saw basement level accommodations at the River Center Comedy Club in San Antonio (seriously comedians – shame on any of you for working that club – not worth the money). Condo is now very clean, has two mounted flat screens, fast WiFi and the toilet paper is even folded with a triangle like at the fancy hotels like Days Inn.  And then after dropping my bags I received a Facebook message from a non-FB friend:

That was it. So I replied:

And the reply to that was:

“Would you like to be on COMICS UNLEASHED?” (caps included in message) 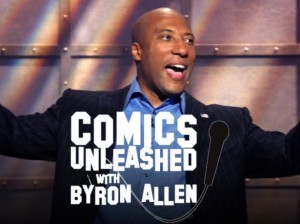 Now the person sending the message was not a friend of mine and I was not sure if it was a prank or a goof, considering the accompanying lack of any pleasantries or introduction.  I checked the person’s profile and they do work in entertainment so I replied:

“Sure. Sorry for the delay. I’m travelling.”

That was 20 hours ago at the writing of this blog.  I have not heard anything back. Perhaps it was just a poll to see if comedians would agree to appear on the show, but I am still somewhat confused by whether I have been offered or submitted for anything.  Maybe it’s just like Ghostbusters, “When someone asks if you want to do a TV show you say YES!”  Anyway, show went well last night and I am sleeping in the quasi-famous windowless bedroom of the Cleveland Improv comedy condo.  Sounds creepy, but is fantastic for sleep.  No light of day or hope to interfere with me and my slumber.  Check back Monday for the Cleveland recap and Chicago preview as my Tour continues.